Together Alone: Our Wives Under the Sea review

The queer and the eerie meet in Julia Armfield's debut horror novel, Our Wives Under the Sea. Talia Meer discusses the terror of queer love stuck in heteronormative relations. 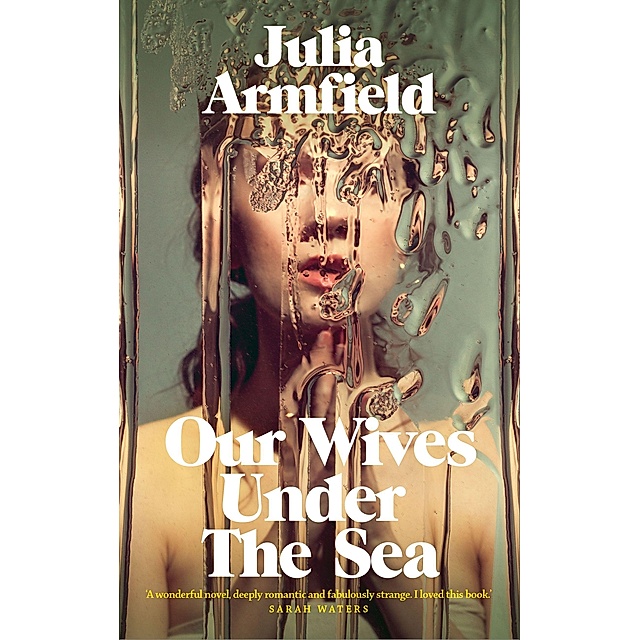 Our Wives Under the Sea21€

The idea that someone you love can be utterly changed is terrifying. This concept is the lifeblood of the horror genre: the changeling, the wolf in grandma’s bed, the werewolf lover. It is underpinned by childhood anxieties – reaching for your mum’s hand in a crowd, only to grasp the frigid palm of a stranger. As adults we live with the morbid possibility that a loved one will be transformed by the slow decline of long illness, or the sudden shock of trauma. The loss is made crueller by the horrifying prospect that our beloved remains, inaccessible, unknowable.

This common fear is what makes Armfield’s debut novel, Our Wives Under the Sea, so compelling. After months of anguished waiting, Miri’s wife, Leah, is finally back from a disastrous deep-sea voyage that left the submarine and its crew stranded and unreachable for six months. But it’s not a loving reunion. Miri finds Leah strange and remote, an alien presence in their home. Leah has left the unfathomable depths of the ocean, but they have not left her (cue Jaws theme).

Yet this is far from a typical monster horror. Armfield’s writing is precise yet dreamy. The book’s narration shifts between the perspectives of Miri and Leah. Miri’s voice is heartbroken, confused. She grieves their lost life together, and grapples with the unsettling present, a partner who barely speaks, eats, or leaves the bathtub. Leah’s account is in the form of a journal kept during her voyage, told in observational fragments, as she and her crewmates are enclosed by a mind-shattering darkness.

This book is saturated with classic horror elements. There is a shady organisation orchestrating events, people hearing voices, religious mania. There is psychological horror, the suspense, the questioning of reality and sanity. There is the subtle blending of gothic, sci-fi and body horror: is Leah haunted, infected, transmogrifying? Yet these elements do not distract from the very ordinary love story at the centre of the book, a tale of how people meet, fall in love, make a life together, and grapple with major upheaval. It’s worth reading for this masterful and creative genre-blending, and the exquisite writing.

But I wanted more. I’ve reached saturation with queer coming out stories. What possibilities does queerness offer us beyond beginnings? At the point of crisis, breakdown, dissolution? As a co-habiting queer woman in my thirties, I was excited by the idea of a long-term relationship at the centre of a queer literary horror novel.

There is barely any present-tense action in the book. And that creates a uncomfortable sense of suspension. I love a slow burner, but something was starting to really bother me about this pair. As Miri impassively watches Leah’s decline, and Leah likewise conveys nothing of her weird underwater experience, my ability to empathise with either was stymied by my frustration at their inertia.

Leah is clearly very ill. She has been through something that the reader, who has a window into her experience that Miri does not, cannot fathom. So her withdrawn state makes some sense. But Miri’s incapacity to reach out to Leah, even to ask the obvious question ‘What the fuck happened on that submarine?’ is mindboggling.

For a book written by a queer woman about two queer women, this queer woman reader wants to know: why was no one talking? I know that we don’t all conform to the overly communicative ‘tell me all your feelings all the time’ stereotype, but this level of distance, inertia, lack of communication, keep-calm-and-carry-on attitude in the midst of a crisis – ‘you now live exclusively in the bathtub but how shall we pay the water bill, dear?’ – is shockingly heteronormative to me.

All the queer action happens in the past, a touching reminiscence of their meeting, Miri’s queer coming of age, their figuration as a couple and against heteronormativity. In the present though, Leah, the rational science-y one, refuses to address her deteriorating condition directly, and is mostly silent. And Miri, the neurotic, emotional one, is constantly cleaning. This does not sounds like two queer babes, forging their own identities and ways  of relating. This sounds like someone’s Mum and Dad!

And this is where things began to get truly eerie for me. The suffocating feeling so well-developed in the book – the airless depths of the ocean, the tight darkness of the submarine, the claustrophobic confines of the marital home – takes on a new dimension. I felt trapped between Leah and Miri, their alternating perspectives, their isolated experiences, in their separate beds (or bathtub) as they live and come apart, in close confines, together alone. The feeling is not dissimilar to suffering through a meal with a straight couple, someone’s Mum and Dad even, who has obviously just had a fight. Everyone is in pain. No one will say anything.

Sure, the romantic partners are the same gender, but would it alter the contours of their crisis if the characters were straight? This is perhaps most strikingly demonstrated in how isolated the couple are from any kind of community. When a friend comes by to check on them, Miri goes through the motions and sends her on her way. Here is another person who loves and is also deeply concerned about the person she loves, and about Miri herself. So why is Miri unable to reach out beyond the confines of the marital relationship, the household, to share her grief and maybe get Leah some actual help? What happens in the Mum and Dad’s home stays in there, I guess.

The author herself has stated that she wants to subvert ideas about what is expected from queerness, interested in writing “about the things that queer people can pick and choose for themselves and the things that they aren’t allowed and the things that they are allowed”.  But what does that mean? Is she insisting on the right of queer people to not innovate? To follow traditional scripts? To get married, and cohabit, move to separate beds, never air their dirty laundry, and swallow their bad feelings forever and ever, till death parts them? Why is that a possibility that we need articulated?

In the wake of the pandemic years, this alone-together feeling is all too familiar. Even as we are going through the same events, we each dwell in our own subjectivities, and insulate ourselves against the contaminating effects of others. Maybe that’s the real horror Armfield articulates – how we can still fall into normative frameworks for partnership and domesticity, how in times of crisis we turn inward and not toward each other, how even in our most intimate relationships we can still be alone.

I do not accept this. I believe in the potentiality of queerness. Even when we do not achieve it, I feel queerness as an identity, a community, a politics, that pushes us toward each other, to forge new ways to relate, to meet the crisis together with empathy, curiosity and care.

In the end, for me, Miri and Leah are the changelings in the story, the much-hoped for queer couple replaced by frightening facsimiles, and  having the potential of queer relations stymied, transfigured, disfigured, by their choices was the most horrifying of all.